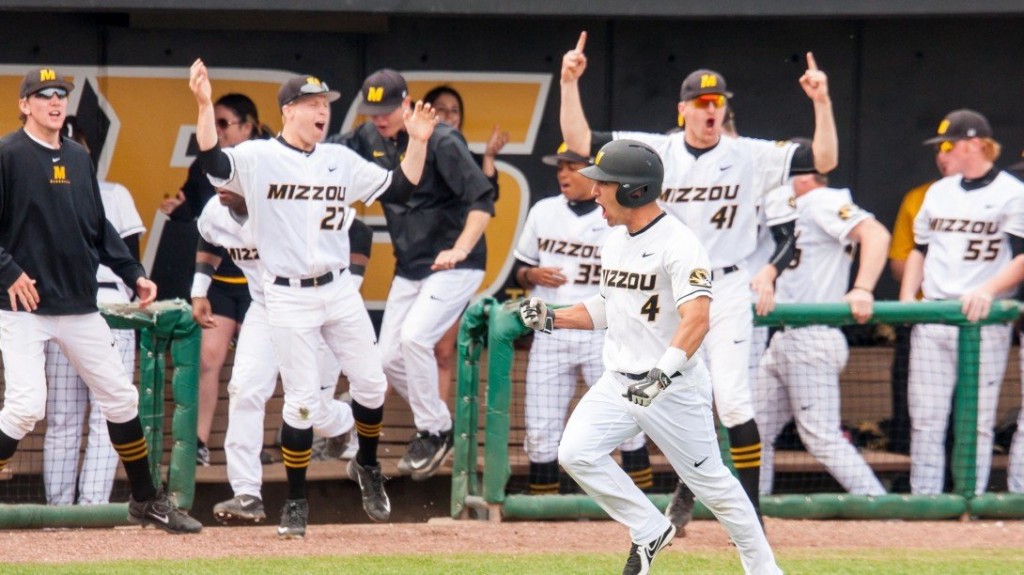 It’s been noted fairly often over the last couple of days, most recently by SEC Network’s Chris Burke in the immediate aftermath of Missouri’s game against Alabama this morning, that the Tigers are going to go down as a statistical anomaly no matter how things play out for them on Selection Monday.

On one hand, it would be odd for a team that has a 15-15 record against SEC competition to miss the NCAA tournament when teams with SEC records under .500 fairly routinely make the tournament cut. But on the other hand, it’s unprecedented for an SEC team to make the tournament with an RPI in the 50s. According to WarrenNolan.com’s RPI, Mizzou is currently no. 57.

This paradox is quite fitting for the Tigers when you consider what a strange season it has been for them.

Coming into the season, most had modest expectations for the team, and understandably so. Their previous two seasons had not gone particularly well, and although they were bringing in a talented recruiting class, it was tough to imagine them making a huge leap over the course of just one offseason.

They got off to a 10-1 start, but a bizarre home series sweep at the hands of Milwaukee seemed to confirm the assumptions about the Tigers’ hopes for the season. But just as soon as they were written off, they got scalding hot. They began SEC play with a road sweep of Georgia and a series win at home against South Carolina. They dropped two of three to Texas A&M after that, but then rebounded to win series against Florida, Tennessee, and Alabama. During this stretch, they spent a considerable amount of time at the very top of the SEC East Division.

All the while, though, they picked up a habit of dropping winnable midweek games. Between the Georgia and South Carolina series, they split a pair of games against Air Force. After the Texas A&M series, they did the same against Arkansas- Pine Bluff, with their loss coming in the form of an ugly 8-3 affair. After winning the second game against UAPB, the Tigers finished off their midweek slate by losing their last five midweek contests of the season. That included losses in games against Arkansas- Little Rock and Southeast Missouri State. In those five games, they also missed great opportunities for resume-boosting wins against Illinois and Missouri State.

In short, Mizzou is a Jekyll and Hyde case. They have some great results in SEC play, but they have some equally confounding losses to teams you assumed they would handle easily.

Their fate is still up in the air, obviously, but their performance in this week’s SEC tournament kind of seemed par for the course. They started their run with a comprehensive win over South Carolina behind workhorse Reggie McClain. In game two, they jumped out to a 6-2 lead over Vanderbilt in a game that, with a win, likely would have cemented Missouri’s place in the field. From there, though, that lead evaporated and the Commodores took home a 7-6 win in ten innings. Finally, on Thursday, the Tigers were sent home by Alabama with a 4-3 loss, a game in which they led 3-1 at one point behind freshman phenom Tanner Houck.

Ultimately, Missouri’s fate will simply come down to what the selection committee chooses to value. If they are prone to rewarding a team for successfully navigating the meat grinder that is an SEC schedule, Missouri might be in decent shape despite what some of the metrics (High-50s RPI, 7-16 record vs. RPI Top 50) say. On the other hand, if the committee is inclined to reward mid-majors who won conferences or put up gaudy records (North Florida, Oral Roberts), the Tigers might just be out of luck.

One thing is for certain. If they do miss out, it’s going to be a particularly tough pill to swallow given the number of chances they had in front of them to solidify their position as a postseason lock.