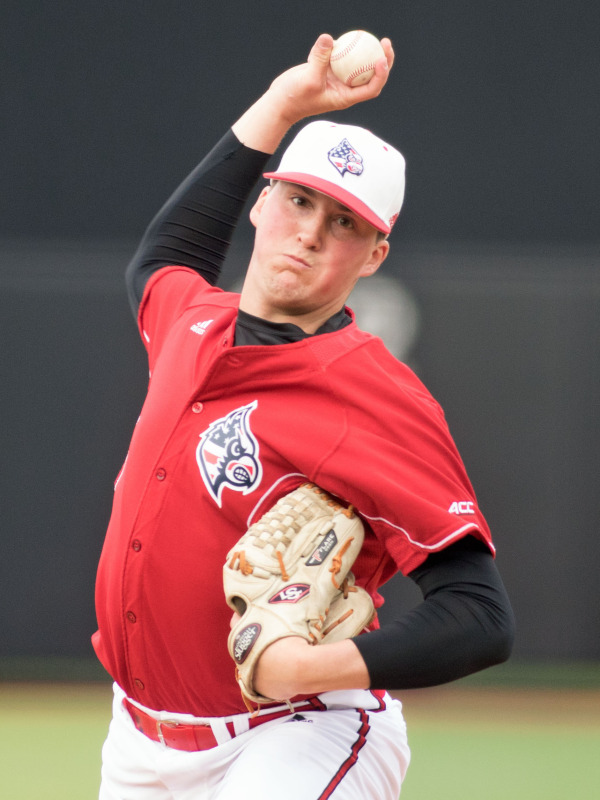 LOUISVILLE. Ky. – The No. 2 ranked Louisville Cardinals baseball team (32-10) got back to their winning ways Friday night at Jim Patterson Stadium with a 10-4 comeback victory over Bethune-Cookman (15-32).
Zach Lucas and his bat came alive, as the senior third baseman went 4-for-5 with three RBI, and a run scored. It was Lucas’ first career four-hit game.

“It’s obvious I was feeling pretty good,” Lucas told College Baseball Central. “It’s nice to come out tonight and be able to pick the team up. I’ve been struggling but I was seeing the ball well. You can’t judge that team, they’re pretty good they had a 4-0 lead on us, we just wanted to come out with a chip on our shoulder and not let them have the chip on their shoulder.”

Corey Ray – who might be the hottest player in the nation right now – hit a towering home run, his ninth of the year, and had two RBI, with two runs scored and a stolen base (24).

“It was huge,” Ray told CBC about hitting the home run. “We are gaining momentum, so I got a big hit there. I am just trying to do what I can to put our team in a position to win. I was thinking about bunting but the third baseman was in my face, so I figured I better have a good at-bat here.”

Hitting safely in 18 consecutive games now, sophomore Nick Solak went 3-for-4 with two RBI, three runs, and a stolen base (16). 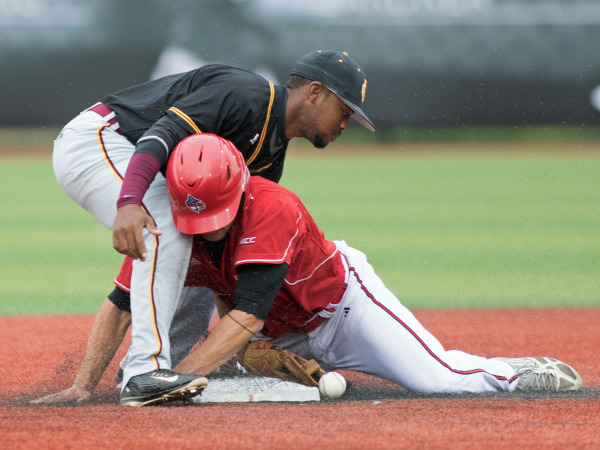 “I am just trying not to do too much at the plate, it’s kind of my challenge,” Solak said. “I got to let the game come to me. The first two innings here were tough but we just have to understand teams are going to punch us in the mouth and we are going to face adversity. We have to battle through that, and believe we are a good enough team to fight back through anything.”

Kyle Funkhouser (6-2) pitched a complete game, and after struggling in the early innings of the game, settled down and took command, registering nine strike outs, while giving up eight hits, four runs (one earned), and three walks over the nine complete innings.

“We struggled early as a team, as a unit,” Funkhouser told College Baseball Central. “I kind of lost my composure a little bit there in the first two innings. But the good teams they bounce back from inning to inning not just game to game. My pitch count got up there a little bit in the ninth, but I was glad coach Williams let me finish it out.”

The Wildcats jumped out to an early 4-0 lead on the Cards, scoring two runs in both the first and second innings. But the Cards would settle in both on the mound and at the plate, showing the tell-tale signs of a team about to take the No.1 or No. 2 national seed.

“We showed some toughness tonight,” Louisville Head Coach Dan McDonnell said. “They punched us in the mouth. Back-to-back games where we give up a couple of runs in the first. We did settle in, and Funk settled in, and defensively we made some nice plays, and to get sixteen hits and ten runs…obviously the bats came alive.”