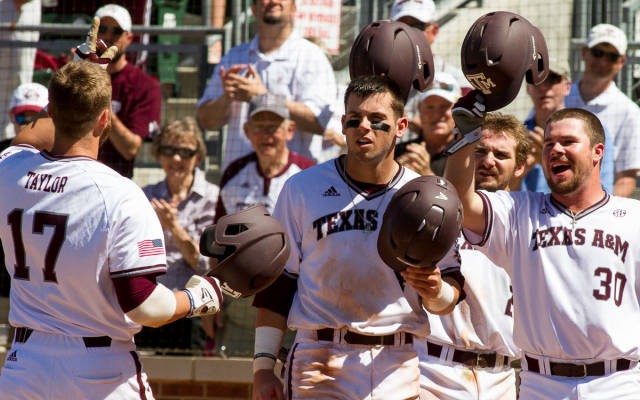 It was a strong year in the SEC West in 2015, as is often the case. LSU and Texas A&M were pretty clearly elite or near-elite teams for the balance of the season, and Arkansas came on strong late and made it all the way to Omaha.

Mississippi and Auburn made regionals as well, despite some negatives on their resume, such as the Rebels’ 30-28 overall record and Auburn’s 14-19 conference record.

Alabama and Mississippi State featured considerable talent, but had their struggles and brought up the rear in the division.

Heading into 2016, things could get even more interesting. The teams at the top really aren’t going anywhere, and the teams toward the bottom are likely to only get better.

LSU, despite some new faces on offense, will feature a talent-laden pitching staff that should lead them back to make another run in the postseason. Texas A&M has a similarly stacked pitching staff, and with Nick Banks and Boomer White in the lineup, their offense should provide plenty of firepower as well.

One year after an Andrew Benintendi-led offense mashed their way to Omaha, the Razorbacks will be leaning on a super-talented pitching staff that has the potential to lead them on a deep postseason run.

It wouldn’t be a shock if that trio of teams were the class of the SEC West once again, but the group that finished below them in the standings a year ago will be nipping at their heels this time around.

Mississippi will miss the likes of Sikes Orvis in the lineup, Christian Trent in the rotation, and Scott Weathersby in the bullpen, but they welcome a fantastic recruiting class that includes seven players on Perfect Game’s list of the top 350 incoming freshmen, and shortstop Errol Robinson appears poised to take the baton as an elite SEC shortstop now that Dansby Swanson, Alex Bregman, and Richie Martin have moved on.

Auburn should be better as well in Butch Thompson’s first year on the job. Anfernee Grier and Melvin Gray are a duo at the top of the lineup that any team would love to have, and the pair will benefit from having a ton of returning hitters filling in the lineup around them.

Alabama should be improved, if for no other reason than they will be able to play home games on campus rather than spread out all over the state. Mississippi State really struggled to get anything going last season in SEC play, but in 2016, they will be bolstered by a pitching staff led by Dakota Hudson and Daniel Brown and a recruiting class that D1Baseball.com and Baseball America ranked sixth and fifth in the nation, respectively.

In short, that side of the SEC is going to be a gauntlet in 2016, likely deeper than it was in 2015, and for college baseball fans, that means it’s going to be a heck of a lot of fun to follow.