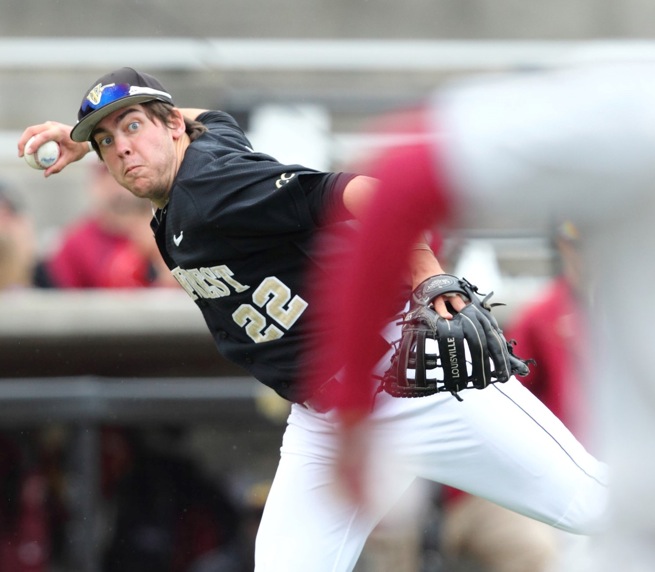 Of late, things have been tough for the Wake Forest baseball program. They haven’t made an NCAA Tournament appearance since 2007, three years before Tom Walter took over the program, they haven’t finished better than .500 in conference play since 2006, and they haven’t been to back-to-back regionals since going to five in a row between 1998 and 2002.

It’s not that they haven’t come close to breaking through, though. In 2012, they went 33-24 and their RPI was in the neighborhood of where it needed to be to get some consideration, but other factors, such as a 13-17 ACC record, kept them out. Last year, they finished .500 in ACC play, the best they had done in the league since 2011, but their overall resume just wasn’t strong enough.

Now, heading into the 2016 season, the Deacons look poised for a breakthrough season.

Much of the optimism surrounding the program is due to the presence of returning ACC Player of the Year and consensus First-Team All-American Will Craig.

As we know in college baseball, one guy, no matter how talented, can’t carry an entire team. With the talent around Craig on offense, he clearly won’t have to.

That trio will be tough to top in the ACC, and beyond that, they have to compare favorably to just about any trio of hitters in any lineup in the country.

Pitching might be a little bit of a different story. Last season, the team had a 5.73 ERA and their most consistent full-time starting pitcher, Matt Pirro, is now in the Washington Nationals organization.

Interestingly, Craig is the biggest wild card in this discussion. He struggled a bit on the mound last season to the tune of a 6.09 ERA in 15 appearances (7 starts), but in offseason reports, such as this one from Aaron Fitt of D1Baseball.com, there is optimism that Craig will bounce back and harness his considerable stuff, turning him into a quality member of the pitching staff as well. It would be huge for Walter and his staff if Craig emerged as a credible weekend starter.

If he does, he will likely be paired with Parker Dunshee, who starred in a flex role last season. He appeared in 19 games, with 5 of those being starts. His 2.89 ERA was the best on the team, as was the .225 batting average against him. He also led the team in saves for good measure, with four. He’s never been a weekend starter for an entire season, so there is still some risk in assuming that he will transition smoothly to that role, but certainly the coaches have to like what they’ve seen from him to this point.

The question marks on the pitching staff are considerable, and they are potentially enough to keep Wake out of regional contention if those questions aren’t answered relatively quickly during the season. But even if the pitching really isn’t any better than last season’s, the offense should be potent enough to keep the team in just about every game, and they should be a heck of a lot of fun to follow.

Louisville Wins in a Walk-Off Over Wake Forest

Wake Forest: Will Craig “Putting it all on the line”