On Thursday night SEC baseball and Pac 12 baseball each handed us a pair of match-ups in which teams in the Top 10 of the College Baseball Central Top 25 were in action. Fortunately, we get to open the weekend with interesting, but similar story lines with struggling squads looking to re-establish some early mojo against top-ranked conference foes with the No. 3 UCLA Bruins hosting the California Bears and the South Carolina Gamecocks hosting the No. 2 Vanderbilt Commodores.

Mix in the Tennessee Volunteers’ border war with the Kentucky Wildcats and the spoiler Washington State Huskies facing the scrappy San Jose State Spartans and you have the recipe for a solid kick-off for an important weekend of college baseball. If you’re hankering for a good preview of some of the excellent action coming up this weekend check out Joseph Healey’s College Baseball Weekend Preview.

After getting roughed up down in Georgia a couple of weeks ago, Vandy ace Carson Fulmer has been dominant in his last two starts. He struck out 14 in a complete game, two-hit, shutout win over Ole Miss last week and then tossed another gem on Thursday night with nine strike outs and three hits allowed in another shutout effort as the Dores whipped South Carolina 12-0.

Suddenly, the fire-baller has thrown up 16 consecutive scoreless frames and is bull-dogging over any hitter he has faced, allowing only one walk over the stretch. The junior out of Lakeland, Florida is now 7-1 on the season with a 1.69 ERA with a 1.03 WHIP and .185 OBA. Fulmer has a filthy 0.38 WHIP over the his last two starts.

The sleeping Vandy bats were startled to life led by lead-off man Ro Coleman who went 4-for-6 with a solo homer, his first on the year, and a pair of doubles. Bryan Reynolds had a 3-for-4 night with a double, three runs scored and three RBI. The Commodores out-scored their last three ball games of offensive output in one night of hitting by a score of 12-11.

You might find it hard to believe that both teams entered the game on losing skids with Vandy having dropped three-straight and the Gamecocks losers of four in a row. South Carolina has now dropped five straight games, four straight in the SEC in which they have given up double-digits and have lost four-straight conference series since opening SEC play with a sweep of Kentucky.

“We are beginning to have some serious doubts as to whether the Gamecocks are going to be able to turn this thing around. Their last four SEC games have been losses by a combined score of 50-10. They are 6-10 in SEC play with a 75th ranked RPI and are 0-4 against the RPI 1-25.” – Minimalist Mark, College Baseball RPI Analyst 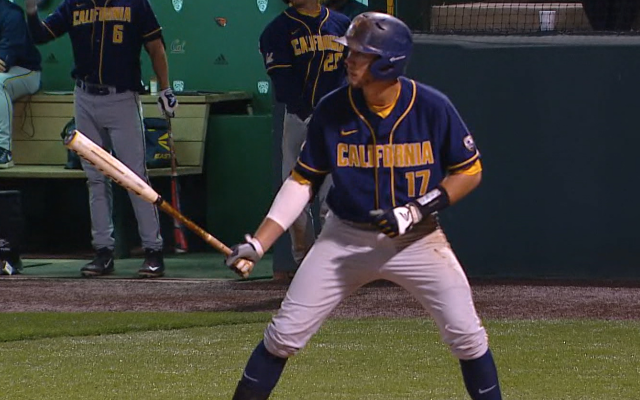 Since ascending into the College Baseball Central Top 25 a couple of weeks ago, the Cal Bears stumbled into a three-game losing streak that culminated in a pair of conference home series losses to the Washington State Cougars and the Stanford Cardinal. However, the Bears looked to get back on top as starter Daulton Jeffries tossed 6.2 scoreless frames to out-duel Bruins’ ace James Kaprielian who struck out 11 over six innings in a 2-0 win to spoil the night honoring Jackie Robinsonat the stadium that bears his name.

Lucas Erceg hit his ninth long ball on the year, a solo shot, to break a scoreless tie in the sixth. Brett Cumberland would follow with his second single of the night and would be picked up by Nick Halamdaris’ single back up the box for a 2-0 lead.

“Cal improved its’ RPI to 64 with the win which is low, but within striking distance. The Bears are 1-0 against the RPI 1-25 and 12-5 against teams with RPI 100 or lower which helps with the resume.” – Literal Larry, College Baseball RPI Analyst Zach Brown hurled 7.1 innings of shutout ball and Kyle Barrett went 2-for-3 at the dish with three runs scored and an RBI as the Wildcats downed the Volunteers 5-0 to open an important showdown series between teams with NCAA Regionals aspirations. After game one, Kentucky sits a 62 and Tennessee is at 68 in College Baseball RPI and have work ahead of them to garner postseason action. Playing more SEC games will do nothing but help their RPI but a series win this weekend will be pivotal in the head-to-head aspect of Regionals considerations.

The Spartans got an RBI single from lead-off hitter Andre Mercurio and Corey Olivet drove in an insurance run on a sac fly in the ninth as San Jose downed the Cougars 7-5 on Thursday. Mercurio was a monster at the plate going 3-for-6 with two runs scored and two RBI. Washington State continues to play flip-flop with the ability to beat teams they should lose to and the inability to pick up wins against teams they should beat. This has been symptomatic of their struggles to garner any ground in the Pac 12 or the postseason race.