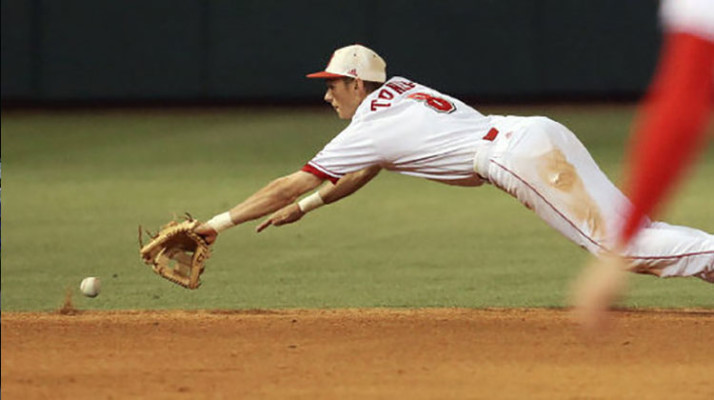 North Carolina State stretched their winning streak to five games with a non-conference sweep of Coastal Carolina this past weekend. The Wolfpack were dominant, scoring 28 runs in the three contests, while giving up just seven. With the three wins, they improve to 27-19 overall, with an impressive 20-8 record at home.

In Friday’s matchup, Carlos Rodon continued his recent run of dominance by hurling 6.2 shutout innings in an 11-1 victory. The big left-hander fanned eight of the 26 hitters he faced while allowing five hits and two walks. Rodon lowered his ERA to 1.87, and he owns K/9 and BB/9 rates of 10.6 and 2.9, respectively. Over his last four starts, Rodon has allowed four runs, throwing 31.1 innings with 42 strikeouts and 10 walks.

Saturday was another blowout victory, as the Wolfpack came away with a 9-2 win. Turner reached base five times with four hits. The Wolfpack’s first four hitters, Turner, Logan Ratledge, Knizner and Brett Austin, combined to go 11-21. Eric Peterson threw 4.1 no-hit innings in relief for the Wolfpack, striking out nine.

Turner had another phenomenal game for the Wolfpack Sunday, as the shortstop was a double shy of the cycle. However, N.C. State trailed 4-3 heading into the bottom of the 8th. After Chance Shepard singled to start the inning, Jake Armstrong drilled a two-run shot down the left field line to put the Wolfpack ahead for good. They would go on to add three insurance runs that inning, and Cody Beckman came on to get the last out of the 9th with two on for the save.

For the most part, the 2014 season has been a struggle for the Wolfpack, as they have stumbled to a 9-15 record in conference play. They aren’t as deep as last year’s team, which made it to the College World Series. Still, with Rodon and Turner they have top-level talent that can match up with anybody. They could be a dangerous matchup in the ACC tournament.