If youā€™re just now joining us for our countdown to college baseballā€™s opening day, first of all, what are you doing with your life? Better late than never, I suppose, but before going any further, check out our introduction post on this little project here.

What a year 2015 was for first-year head coaches in the American Athletic Conference.

At East Carolina, Cliff Godwin returned to his alma mater and led the Pirates to a 40-22 overall record and a berth in the Coral Gables regional after the program had missed out on the postseason altogether in the previous two seasons.

Thatā€™s really an outstanding campaign when you consider the modest expectations most had for Godwinā€™s first season in Greenville. Most seemed to think that Godwin was the right hire, but the general consensus seemed to be that he would need a couple of seasons to really get things going. Obviously, that was not the case. The Pirates were ready to compete and win big right away.

At Tulane, David Pierce further proved that all he does is win as a head coach. After leading Sam Houston State to regional appearances in all three of his seasons there, he took Tulane to their first regional since 2008 in year one of his tenure with the Green Wave. Tulane had still been recruiting reasonably well under former head coach Rick Jones, but the results on the field werenā€™t matching the talent in the dugout. At least in year one, it sure seemed that the talent was clicking under Pierce. 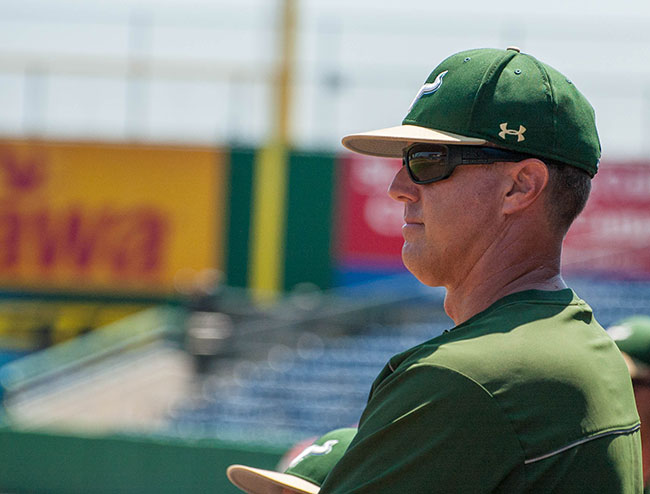 AtĀ South Florida, Mark Kingston, too, led his team back to regionals after an absence. When his Bulls made it into the Gainesville Regional last season, it was the programā€™s first trip to the postseason since 2002. Itā€™s always been believed that USF, given itā€™s location in the baseball hotbed of Tampa, was something of a sleeping giant in college baseball, and under Kingston, it looks like that giant is beginning to stir. After their successful 2015 season, Kingston and his staff welcomed in what is considered a consensus top-ten recruiting class.

Now, as those coaches lead their programs into year two of their tenures, all three teams find themselves in different places.

At ECU, Godwin will quickly have to do some rebuilding, as he will be replacing his top power hitter (Luke Lowery), his top hitter according to batting average (Hunter Allen), his top starting pitcher (David Lucroy), and a quality two-way talent (Reid Love). The cupboard is far from bare, though. Quality hitters like Kirk Morgan, Travis Watkins, Charlie Yorgen, and power bat Bryce Harman are back, as are the teamā€™s dynamic closer, Joe Ingle, and the pair of Evan Kruczynski and Jacob Wolfe, fantastic starting pitchers in their own right.

Pierce will be leading a squad that is built to win in 2016. The heralded recruiting class from two years ago is entering its junior season. After sputtering a bit collectively in 2014, much of that group blossomed before our eyes in 2015. Stephen Alemais, Hunter Williams, Jake Willsey, Lex Kaplan, Hunter Hope, and Jake Rogers make up the core of that group on offense. Alemais and Williams in particular have already flashed star power, and itā€™s not unreasonable to expect all of these guys to take another big step forward with this coming season. Richard Carthon, a year older than that group, will also play a big role. On the mound, Corey Merrill carries the flag for that recruiting class, and he does it well as the teamā€™s staff ace. Come the spring, heā€™ll have plenty of help from a senior class that features Alex Massey, Patrick Duester, and Tim Yandel. This squad has a real chance to be Tulaneā€™s best team in a long, long time.

It will be an interesting season for Kingston in Tampa.Ā Given the youth that the team will lean on, itā€™s tough to predict how USF will finish. Really, everything is on the table. Itā€™s easy to see a scenario where their young players struggle to adjust to Division I college baseball and hit a freshman wall, but itā€™s also not tough to imagine their talent and youthful exuberance leading the Bulls to even greater heights than they reached last season. The aforementioned young talent is staggering. Their roster will feature nine players who were listed among Perfect Gameā€™s top 350 incoming freshmen. Chances are, the season will go as they often do for really young, really talented teams. They will beat some teams they have no business beating and theyā€™ll lose some games they have no business losing. Even if 2016 is a bumpy ride, though, the future is very, very bright for USF.