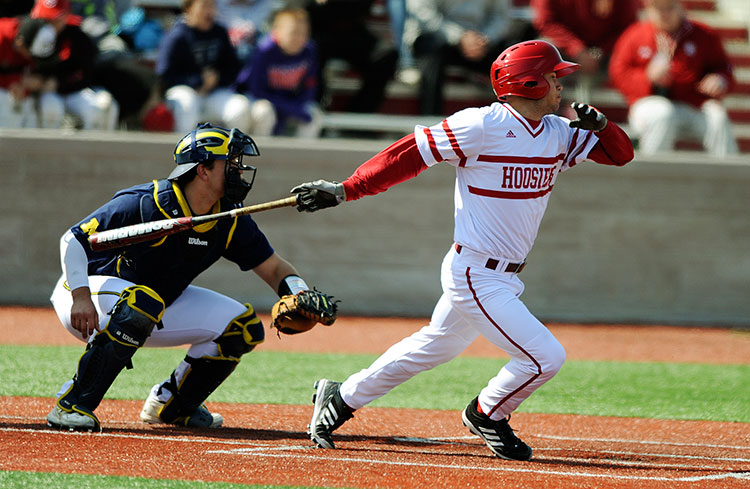 TAMPA, Fla. (CBC) — Casey Rodrigue of Indiana University and Dan Potempa from the University of Iowa were named Big Ten Co-Players of the week as announced Monday by conference officials.

Junior second baseman Rodrigue (Desterhan, La. /Brother Love) powered out a seven RBI week together with three stolen bases, and five runs scored during the midweek victory over the No. 7 ranked Louisville Cardinals, and a weekend series triumph over the University of Michigan.

Rodrigue displayed his skills going 2-for-4 against the Cardinals, driving in a run and scoring two more in the 9-3 victory.

Even more impressive was Rodrigue’s production against Michigan as he chipped in nine of the Hoosiers’ 13 runs in three games. The junior tallied three RBIs in the series opener, including one in game two and two in the series closer. Rodrigue also crossed the plate once in each of the three game set.

This is Rodrigue’s first Big Ten Player of the Week award.

Junior DH Dan Potempa (Tinley Park, Ill./Providence Catholic), from the University of Iowa scorched Nebraska recording multiple hits in each game of the series. Potempa batted a remarkable .727 to go along with an OPS of 1.568 while Iowa took two of the three games.

The series opener saw Potempa go 2-for-3 at the plate, then backing that outing up with a 3-for-4 day in game two.

In the finale Potempa registered a 3-for-4 afternoon knocking in three RBIs along with a run scored. Potempa was a critical part of a four-run eighth inning, in which he was responsible for two RBIs helping Iowa secure the series victory.

This is Potempa’s first career Big Ten Player of the Week award as well.