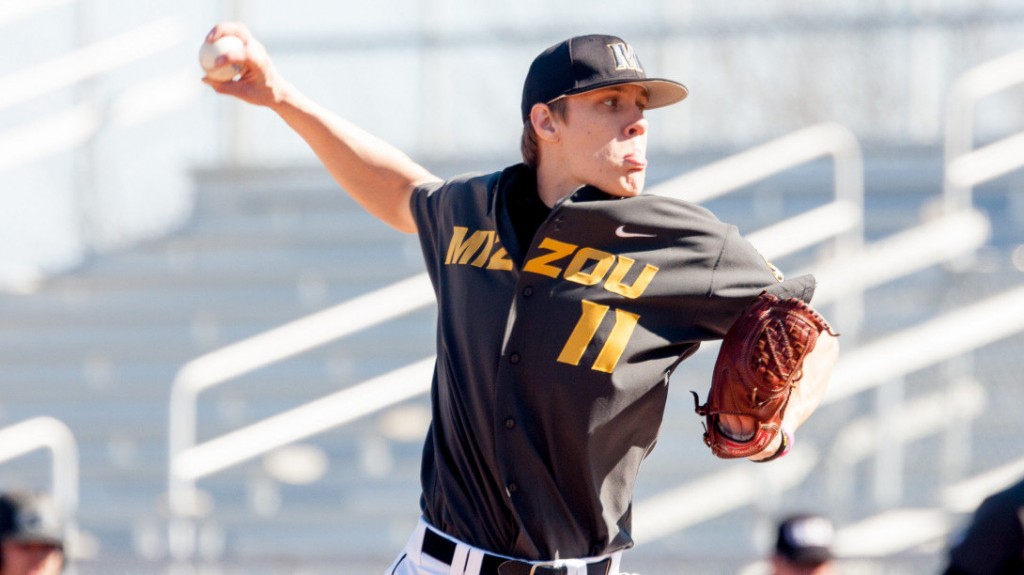 The 2015 Missouri Tigers baseball season was nothing if not eventful. There were plenty of ups, including reaching the top 15 in many polls in the middle of the season, and there were certainly some downs as well, including a home sweep at the hands of Milwaukee and, of course, missing out on the NCAA Tournament altogether when it was all said and done.

As if that wasn’t enough, once the season ended, there was also the Tim Jamieson situation. Coach Jamieson’s contract was essentially up after the season, so a decision had to be made one way or the other. Either Jamieson was going to get an extension or Missouri was going to move on. Ultimately, Mizzou Athletic Director Mack Rhoades went with the former and awarded Jamieson a three-year extension.

To help recap the season that was for Missouri, look ahead to 2016, and discuss the Jamieson debate, I present Tim Robertson. Robertson covers Missouri baseball, as well as anyone for any publication I might add, for the Tigers’ SB Nation site, RockMNation.com. And, if you’re a Missouri baseball fan, or just a general fan of college baseball, he’s a must-follow @trripleplay.

Joe Healy: How should a Mizzou baseball fan feel about the 2015 season on the whole? On one hand, it was a marked improvement over ’13 and ’14, but on the other hand, the second-half slide that ended in missing the NCAA Tournament has to be disheartening.

Tim Robertson: I don’t know how they should feel but I know how they do feel. Half of them feel optimistic because the team did improve in some unexpected ways and built a foundation for growth and success. Others are feeling like ‘oh, here we go again,’ another spectacularly anticlimactic failure to deliver. The successes of the season were largely based on a repeat of MU’s Pitcher U reputation, and the failure was largely due to a repeat of MU’s offensive inconsistencies.

JH: In your mind, who was the team MVP in 2015? And who most exceeded expectation?

TR: RHP Tanner Houck was the indisputable MVP. He had perhaps the best year for a true freshman pitcher at MU in decades. And 1B Zach Lavy had a much more productive year than his previous performance at Mizzou led most to expect.

JH: There will be some tough personnel losses to deal with (Williams, Peel, Lester, Fairbanks), but the Tigers will return most of their key pieces in 2016. Am I crazy to think that maybe the Tigers nearly arrived a year early in 2015 and 2016 might be more “their year?”

TR: That’s not crazy at all. Many fans would agree. Offensively the Tigers will likely return most of the most productive members of the lineup in Bond, Howard, Harris, Benes, and others. The hard part will be filling in the rotation after Houck and McClain, and finding a closer to replace Williams.

JH: In your opinion, what’s the ceiling of this program? Has being in the SEC effected that ceiling positively or negatively? And what factors play into whether or not Missouri can reach that ceiling or even raise that ceiling in the future?

TR: In large part, the program’s ceiling will be determined by money. Mizzou has been far behind most SEC schools in the money spent on baseball, in every part of the budget, from salaries to stadium to travel and recruitment. MU has a relatively new Chancellor and a very new Athletic Director, both of whom have talked big about increasing funding for baseball and expecting MU to compete for championships in SEC baseball.

However, the answer to this question is tied to the question that follows.

JH: Tim Jamieson recently received a three-year contract extension, ending speculation about whether or not he would return as head coach in 2016. What was the general response to that within the Missouri community and what is your take on the extension?

TR: The fan base is divided on this question. Some think the only reason Tim Jamieson has failed to take the team to Regionals and Super Regionals more consistently is due to the lack of funding and support. Others see a history of squandered potential and repetition of poor choices on Jamieson’s part, none of which is likely to change by throwing money at the problem.

New AD Mack Rhoades has bought into the former scenario…for now. Tim Jamieson has a three year lease on a new muscle car and it’s up to him to prove he has what it takes to drive it.

10 Most Missed Mid-Major Conference Players for 2016