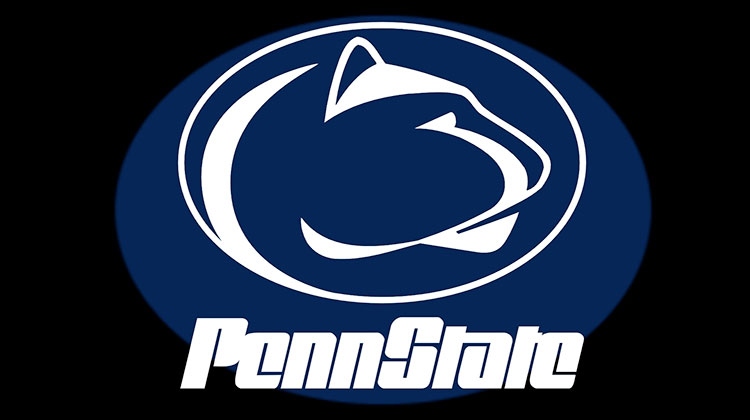 UNIVERSITY PARK, Pa. — The Big 10 conference Penn State Nittany Lions along with head coach Rob Cooper, have baseball in the swing of things. The tradition renowned university will throw its yearly First Pitch Dinner on Saturday, Feb. 1 at the Penn Stater. Previous MLB All-Star and present MLB Network expert Mitch Williams has been designated to attend as the major speaker for the night. Cooper will offer annotations throughout the ceremonial meal as well.

There is a buzz around campus of a positive note lately given the unsavory developments that presented themselves with the Jerry Sandusky infamy.

The football program has picked itself up after the incident, and with Bill O’Brien heading to the Houston Texans after raising that program on high, new faces are scheduled to arrive on campus in the Nittany Lions sports arenas.

Cooper (first year) publicized his first five signings as the leader of the Nittany Lions in November for the 2014 recruiting class in addition to a transfer. The six players comprise of three pitchers, a MIF, a backstop and a pitcher/infielder two way talent.

However, what PSU fans – in majority – don’t know about, is the coming of a splendid young shortstop with a bat that talks loud by the name of Connor Klemann, who will arrive on campus for the 2016 season (Did I mention he has a big bat).

Klemann, a Chandler baseball product, has fought his way to the top of the Chandler baseball organization prospects list by being a study in consistency. In fact Klemann will be playing for the Chandler Baseball World team this coming season, a program that was invited to Jupiter, Fla. last year for the WWBA Championship held by Perfect Game. This garnered the attention of PSU scouts, thus leading to his verbal commitment to the program. 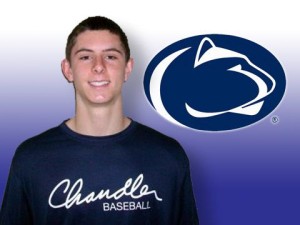 “Once I talked to coach Cooper I knew Penn State was for me, I love the academic emphasis they have there and that really fits the bill for me,” Klemann said. “The facilities are outstanding, the best I have ever seen. When they took me around the campus it was a beautiful day. The field, the locker rooms, everything, was speaking out to me that this was my place.”

When I asked Klemann what his number one goal would be when he laces up and steps between the lines at Medlar Field at Lubrano Park, he answered “I want to start as a freshman!”

Klemann is adept in controlling himself superbly in pressure situations. In just his second start for his high school team the Spring-Ford Rams out of Royersford, PA, the five-foot-ten 175 pound 16-year-old, lined a single to right-center to bat in the game winning RBI. To hand Pioneer Athletic Conference rival Boyertown a 3-2 defeat.

“I am super intense when I play,” Klemann stated firmly. “I have fun though at the same time. I always keep a smile on my face, smile and have fun. I like to play free!”

Jeff Sullivan, the head recruiting coordinator for Chandler Baseball feels that huge things are in store for this young man.

“I believe he is the most underrated player in the country,” Sullivan explained. “He will be a key part of the Chandler World team next year.”

PSU obviously has a diamond in the rough en-route to the prominent athletic precincts, and Klemann is looking forward to his welcome after what coach Cooper told the young prospect.

“Coach told me that we will win! This is a power house program! We will be successful!” Klemann repeated Coopers strong words. “I am looking forward to playing in front of those fans. They have more team spirit than anyone, and they are so supportive of every sport. It’s going to be a dream come true.”