Every other year since 2007, when David Price of Vanderbilt was taken first overall by the Rays, a Division I college player has been taken with the first overall pick.

In 2009, it was Stephen Strasburg of San Diego State heading to the Washington Nationals. In 2011, UCLA’s Gerrit Cole went to the Pittsburgh Pirates. The 2013 season saw Mark Appel of Stanford get taken by the Astros, and just last year, Vanderbilt’s Dansby Swanson went first overall to the Diamondbacks.

In 2016, it looks like the pattern might be broken, as there are several college players seemingly in the hunt to be taken  1:1.

First and foremost among those in the mix is lefty A.J. Puk of Florida. Simply put, he has stuff as good as anyone in the country. The last hurdle for him in the eyes of evaluators might just be to have a dominant year for what is a stacked Florida team ready to compete for a national title.

Alec Hansen of Oklahoma is right there with Puk. He’s a righty with a similar overall resume to the Gators’ lefty. His stuff is absolutely off the charts, including a fastball that nears triple digits, but his overall numbers perhaps haven’t quite matched up with his considerable talent. Oklahoma is going to lean on him to be an ace in every sense of the word as they work through some rebuilding on offense, and if he can step up to that challenge, he is certainly going to be in the 1:1 conversation. 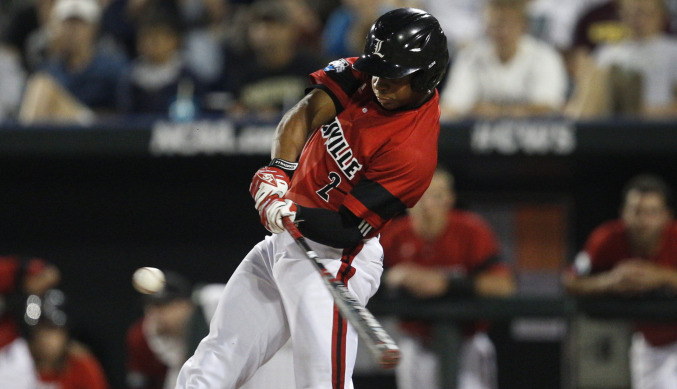 Should a team look elsewhere, Corey Ray of Louisville could be the guy. Ray had a great season last year for the Cardinals, hitting .325 with 15 doubles, 5 triples, 11 home runs, 56 RBI, and 34 stolen bases. Given his interesting power/speed combination at the plate, and his ability to handle himself in the outfield, he was already on the scouting radar, but a big summer with Team USA truly solidified his place among the 2016 draft elite.

The great thing about the college baseball season is that it also provides a wonderful opportunity for someone else to force their way into the discussion.

If Mercer’s Kyle Lewis has the monster season that many expect him to have, he could follow in the footsteps of Bryan Bullington (Ball State), Andy Benes (Evansville), and Mike Moore (Oral Roberts), to name a few, as first overall picks from mid-major programs. 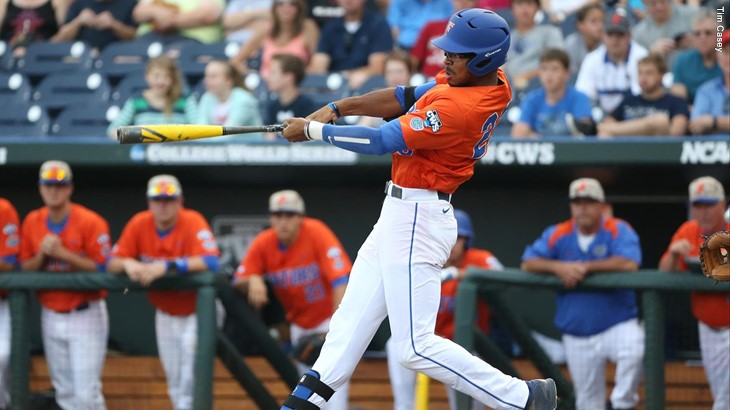 Buddy Reed, another Florida Gator, could get into the mix as well. His skill set is similar to Ray’s, and if he emerges as an SEC Player of the Year-level player in 2016, he could rocket up draft boards.

Or perhaps Funkhouser, Connor Jones of Virginia, Jordan Sheffield of Vanderbilt, or Dakota Hudson of Mississippi State can break up the duopoly of Puk and Hansen among pitchers at the top of draft boards. All certainly have the stuff and the opportunity to do so with big seasons for their respective teams. Funkhouser being in the race, in particular, would be an interesting storyline, as that would prove to be the ultimate payoff for his decision to return to Louisville rather than sign with the Dodgers after the 2015 draft.

Certainly favorites have emerged in this process, but the pecking order for the first overall pick feels far from settled, and it’s going to be a ton of fun to watch play out over the course of the season.