By the time the Saturday games in the ACC concluded, all but one series was decided as six teams found themselves up 2-0 in the fourth weekend of conference play. When Sunday’s games were finished, four ended up as sweeps and the rest finished at a 2-to-1 advantage to a team.

The most dramatic finish came at the hands of the lone series without a clear cut winner yet, as the Virginia Tech Hokies failed to hold on to a 5-1 lead they built up early before an error in the ninth allowed the game tying and game winning run to score and give the Florida State Seminoles the win.

For the Boston College Eagles, a sweep over the Duke Blue Devils helped them triple their conference win total to improve to 4-7 in the ACC.

Strong pitching helped BC all weekend, and Sunday was no exception as the Eagles got six strong innings from John Gorman. In what ended up his third win of the season, Gorman allowed four runs and struck out six and kept the Blue Devils in just enough check to get the win.

Clemson salvaged a game of their own against Wake Forest, who took two-of-three against their neighbors from the south. The bottom of the order did the damage for the Tigers, with a collective five hits as well as driving in all six runs the team scored.

Eli White hit his first home run of the season, going 2-for-4 with 3 RBIs and a stolen base. Zack Erwin pitched eight innings, striking out seven batters while allowing only two runs (one earned).

The Louisville Cardinals continue to roll in their inaugural season as members of the ACC, their lone blemish in conference play the middle game of their opening series against the Miami Hurricanes. A sweep of the Georgia Tech Yellow Jackets is their third straight weekend sweep. A further recap of Sunday’s game can be found here.

For the second straight week, the Miami Hurricanes found themselves up 2-0 in a series with an opportunity to get the sweep on Sunday but were unable to, this time against the Tar Heels. 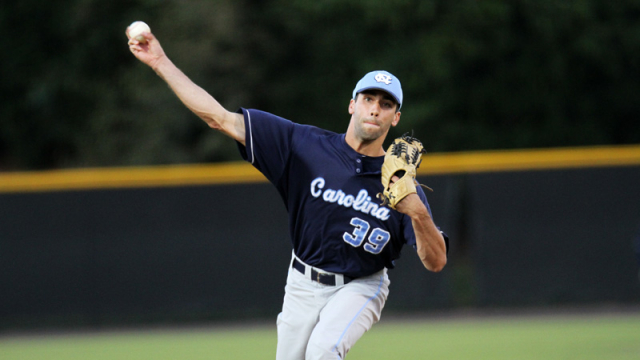 After a strong start to the season, Enrique Sosa has seen his share of struggles the last two weeks, only lasting 2 2/3 innings and allowing seven earned runs. Benton Moss threw six innings of three-run (one earned) baseball while getting support from Zach Gahagan (1-4, 4 RBI) and Joe Dudek (2-3, 3 Run, 2 RBI) on the offensive side of things.

A five-run second inning did the Panthers as the Wolfpack poured it on this weekend. Joe Dunand hit a three-run home run in the big inning to help break things open. Andrew Knizner went 4-for-4 with 2 RBIs and a run scored in the win and Joe O’Donnell pitched 6 1/3 innings while only allowing a lone run and striking out four batters.

The University of Virginia closed out the sweeps over the weekend, as they traveled to South Bend and took all three days. Josh Sborz earned his seventh save of the season by striking out the side in the ninth innings.

Adam Hasely and Pavin Smith each collected three hits for an offense that has trouble at times getting their feet under themselves this season.